For those who have been missing SOTASpotMonitor after the passing of Eric KU6J, I have reverse-engineered the last known version to work again.  This modification is done with little testing, but posting spots and monitoring spots should now work again.

You will need to right-click, save the file and rename to SOTASpotMonitor.exe.  Replace the SOTASpotMonitor.exe file in your existing installation with the new one.  You should now be able to see spots.  I haven’t tested posting spots, but again, it should work.

Having built a 4 element yagi, I decided I needed to get out and test it, so I organised with Andrew VK1AD to try for a bit of Aircraft Enhancement with me on Flinders Peak. Unfortunately, Andrew was alerted to be on the wrong side of the Brindabella Ranges, but he agreed to give it a go.

I packed up the 4 element yagi, as well as a 7 element 70cm yagi I’d also knocked up, and took it and the only tripod now in my possession – a battered, old, heavy, surveyor’s tripod – up to the top of the You Yangs. The walk up was easier than in the past, perhaps a sign I’m improving my fitness finally. The only problem was breaking out onto the summit, I copped the full blast of the bitterly cold south-westerly that was blowing. 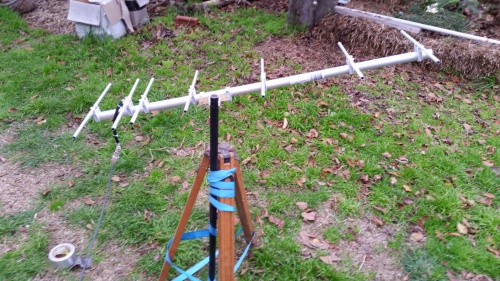 I set up, pointing north east, and worked Ron VK3AFW first for my first ever 2m SSB contact. After that, contacts dried up. Ron mentioned he was having a lot of difficulty making many contacts via AE that morning, and he surmised that we likely had an inversion that was preventing our signals from reaching the aircraft. A bit of coordination with Andrew via SMS led to a few more attempts, but we never made contact. 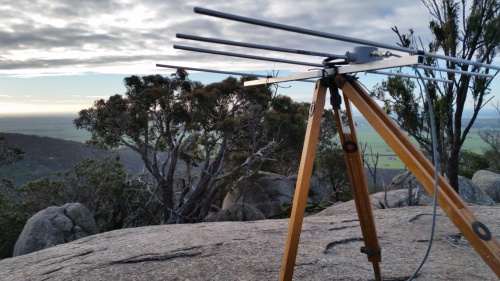 I made contact with VK3VKT in Werribee, who was testing out a new antenna as well, before closing it out with Ron and Tony VK3CAT on 2m FM. The wind was blowing very strongly, and I had to rescue my log book a few times before it disappeared down the mountain, but it was watching the wind get in under my phone and threaten to flip it over that made me decide it was time to descend. Four contacts made, but not much success to show. 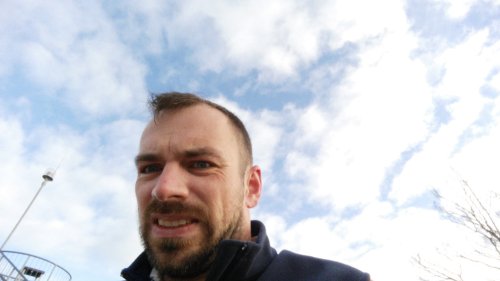 The look of a man whose testicles have just reascended.

I have since modified the yagis to use branded Belden coaxial cable for the quarter wave matching section – it appears that getting good quality cable means you’re much more likely to be close to the nominal Vf. Having replaced that, SWR for the 2m yagi is flat across 144-146.